At Geek Crafts, we have geeks all around the world writing for us. This is just a bit about all of the crew. Want to join us? Send a mock post to Redd at geekcrafts@gmail.com! 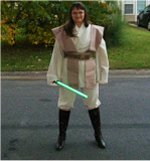 Amy Lynn enjoys crochet (a lot of the kinds of crochet and sewn items she makes tend to be toys for friends and family made from her own patterns), sewing and card making as her main crafts, and now she can show all of you the really creative and crafty people out there that share our love handmade goodies. Some of the “geek” things that currently turn her on are Spider-Man, Spider-Woman, Batman, Star Wars, Star Trek, Doctor Who, Stephen King, “The Big Bang Theory,” “Face Off” on SyFy, Abraham Lincoln, the Terminator, and most anything Halloween-related. 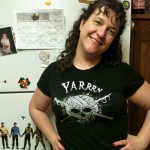 Angie started on her geek path early, watching episodes of the original Star Trek series with her dad. While she remembers seeing Star Wars: Episode IV and Star Trek II: The Wrath of Kahnin the theaters during their premiere releases, she hopes you won’t do the math on that. Warp ahead a few years, to her wedding where you might have seen the groom’s cake with the Starfleet insignia in frosting form. Though her first-born is named “James T.”, her interests are not confined only to Star Trek – she also has a particular fondness for the Whedonverse and comic book heroes.  Angie enjoys crafting while geeking – crocheting or knitting charity projects while watching Battlestar Galactica with her husband. She is actually “multi-craftual” — in addition to knitting and crochet, she also enjoys scrapbooking (paper, digital, and hybrid), a little sewing, and upcycling thrift store finds into repurposed goodness. Angie is the author of three best-selling scrapbook journaling books: The Book of Me, Growing Up Me, and The Book of Us, as well as The Star Trek Craft Book. You can find Angie at her blog, The Blog of Me, on Twitter: @angiepedersen, and at her geek-inspired Etsy shop, G33kGirlCreative. 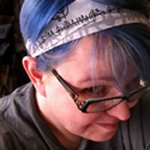 Ellie Parker is the coffee-powered robot behind The Costume Wrangler’s Closet. She designs her own fabrics which you can find on Spoonflower . She also uses her costume design and construction powers only for good, creating fun, geek chic accessories, clothes, and even cosplay.  Find her on the intarwebz here. Shop her geek chic line of accessories here.  And find costumes and cosplay goodies here.

Heather lives in Madison, WI, with her partner, David, and dog, Mrs. Garrett. She enjoys drinking boxed wine, embroidering pop culture icons, and knitting hats inspired by movies and television.  You can follow her via Stitch Boom Bang on Facebook, WordPress, and Etsy. 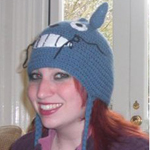 Jenny loves Harry Potter perhaps more than life itself, and dreams of one day becoming the first female minister of magic. She can often be found curled up on the sofa in front of the telly, re-watching Harry Potter, Lord of the Rings or one of the many Studio Ghibli films for the umpteenth time, her hands full of varying shades of yarn for her latest craft adventure! If she doesn’t have her hands taken up by her amigurumi project, they are probably holding her ps3 controller instead, playing one of her favourite games such as Little Big Planet or Ni no Kuni. Jenny is also a massive science nerd, and loves anything that helps explain the world around her, especially DNA, which according to Jenny, is one of the most beautiful things in the world. 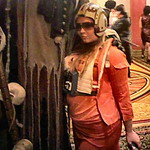 Kara lives in an old farmhouse with her boyfriend Brian, her yellow lab Berkeley, and two cats.  Her Geek Crafts history truly started when she was about four and made a costume so she could be her family dog Tibby (a Lhasa Apso)’s identical twin. Once the construction paper ears, nose, tail, feet, and whiskers were in place, Kara and Tibby would stand in the living room window for hours, barking at garbage men and neighbors.  Although she made her debut by introducing cosplay to her neighborhood as a toddler in the late 80’s, today Kara develops Information Technology training material and loves writing and singing folk music.  At night she frequently stays up late playing Minecraft, sending Steve on all sorts of long, wild, caffeine-fueled adventures that usually end with him drowning in a well. 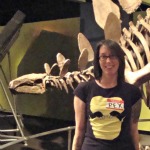 Leah is a full time geek, part time crafter, currently living in British Columbia, Canada. She loves zombies, birds, dinosaurs, Star Trek, Alien, Predator, B-movies, MST3K, Red Dwarf, the Cthulhu Mythos, internet memes – just to name a few things. Embroidery is her go-to craft, but she has yet to try something she doesn’t like. Some of her non-crafty hobbies include birding, organizing, day dreaming, and thrifting. She also volunteers at a wildlife rehabilitation centre. She (somewhat sporadically) blogs about her life and likes at Zombies Wearing Helmets 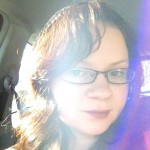 Marjee is an educational video game designer, educational technologist, and doctoral student in the DC metropolitan area. She has lived there with her archivist husband and (eventually) two of the cutest dogs ever, named Bowser and Zelda, since 2006. She is originally from Chicago and while she misses the food, she feels herself to have become every bit the East Coaster. Her passion for science and technology is matched by her love of the arts. This comes out in her love of independent comics books, science fiction, and of course, geek crafts! Her current craft interests are dominated by sewing and crochet.  She is also involved in animal rescue, traveling, and vegetarian cooking. You can keep up with Marjee’s comics related happenings here and her scholarly pursuits are posted here. You can also follow her rantings on twitter @mchmiel.

Mels learned to crochet when she was eight but didn’t develop a passion for it until she realized she could use her hooking skills to create the Doctor and his companions out of yarn.  Since this realization, she’s crocheted a Dalek, baked a very wonky TARDIS cake, and sewed an Ewok cell phone cover.   The sewing machine is still her nemesis, but she’s been known to hand sew smiling food stuffs.   When she’s not crafting, she’s writing and/or rewatching canceled television shows.  She loves Doctor Who, cheesy science fiction novels, her two dogs, and baked goods.  You can find her at her blog: ReaderlyGeek.tumblr.com. 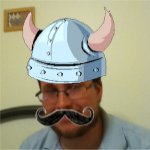 Pauly lives in the fabled lands of Canada with his darling wife Redd, his son Ash, and a small zoo.  In his day job he travels all over the world and sees the inside of many airports, hotels and taxi cabs.  He has always been a geek in one form or another, but is particularly fond of video games and tabletop role-playing games, and has an impressive collection of Pokemon cards.  Pauly enjoys cross-stitch, as long as it is geeky, and is the second half of Geekopolis on Etsy along with Redd.  These days he spends most of his time playing various Minecraft mods or practicing his Rubik’s Cube.  He makes sure to scour the net for the latest geek news every day.  He is also totally a Viking. 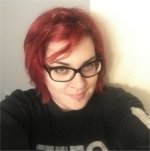 Redd loves all things nerdy and cute. She’s been crafting for as long as she can remember and it only made sense to combine her nerdiness with her craftiness. She lives just outside Toronto, Canada with her husband, son, four cats, english angora rabbit, a gerbil, a rat, a turtle and a guinea pig named Maurice. Redd is a full time crafter and loves doing cons. She still remembers how cool Star Wars was when she first watched it on BetaMax in the 80s. She enjoys nerding it up, working on her two sites FibreFun.net & g33kopolis.com,  and playing her pink ukulele. Follow @g33kopolis on Twitter. You can also add her on X-Box Live: DameNamedRedd. 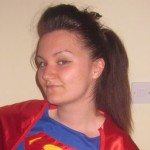 Samantha was born and raised in the North East of England, now “on tour” in Buckinghamshire. By day “Geeky Sweety” teaches Philosophy and Religious Studies to children between the ages of 11-18. By night she sews, embroiders, and upcycles. Her favourite things are 80s girl cartoons, anything Tim Burton touches, Doctor Who, Star Trek/Wars/Gate, Disney films (but only the ones based on fairy tales), cheesy Japanese kawaii culture and horrifically scary Japanese horror films. She also has a passion for Karaoke and occasionally sings in a rock covers band. Her husband custom builds Star Wars action figures; they havn’t counted them because they don’t want to get depressed, but good estimates place the total number at around 400. She believes only boring people get bored. 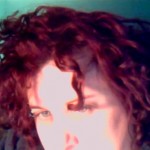 Shayne is a geek and crafter living near Washington, DC, with her geeky son and too many cats. She’s been crafting for as long as she can remember and her first geek memory is of seeing Star Wars on the big screen. Shayne is mildly obsessed with garden gnomes, Elvis Presley, her cat Chuck, swearing in French, decorating, and hatching ideas for new websites that may or may not come to fruition. You can check out Shayne’s own crafts at noveltykitten.com and transcraftinental.com. You can also find her on page 206 of Vickie Howell’s Craft Corps and page 97 of Susan Beal’s World of Geekcraft. When she’s not blogging or crafting or blogging about crafting, Shayne is nearing the end of a BA in technical writing and plans to proofread the world. 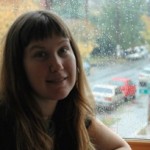 Susan is a crafter and writer in Portland, Oregon, who adores Star Wars, Harry Potter and Coraline. She’s the author of Button It Up and Bead Simple, and co-wrote Super Crafty with her craft collective (pdxsupercrafty.com). When she’s not crafting she’s usually drinking coffee and trying to keep up with her speedy toddler, Pearl, and baby boy, Everett. She also writes about things she likes and projects to make at westcoastcrafty.com.